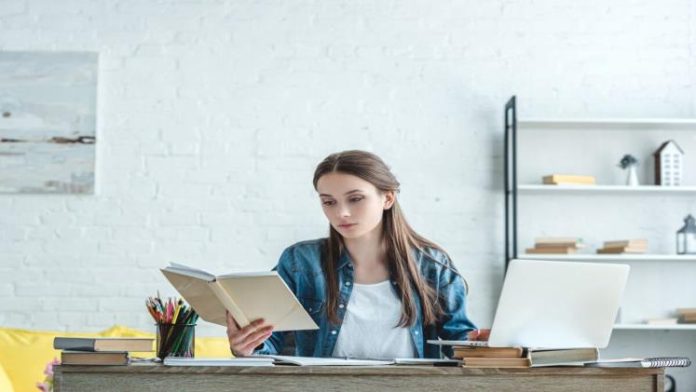 New beginnings are always scary. This includes learning a new language. Fear of looking stupid by making mistakes, or fear of talking to foreign strangers – all of this confuses and puts a real psychological block in front of a person.

How to get rid of not only the language barrier but also the psychological barrier? And what are the best tips for overcoming fears and anxieties?

Fear of Speaking in Front of Strangers

This psychological barrier spoils life not only for those who learn languages but also for those who by chance have to perform in public. Even in your native language it’s scary, let alone in French or Danish!

Obviously, not everyone can be a public speaker. And if at school you were afraid to speak in front of your classmates, and now you tremble every time you have to discuss something in a conversation club or in a group class, maybe you shouldn’t torture yourself. For learning to be successful, it needs to be comfortable. You should have the same emotions, like while playing your favorite slot machine or eating the meal you love. But it’s hard to achieve comfort if every time you think not about grammar, but about how not to faint from excitement.

Perhaps you have stories of reading poetry or singing from the stage as a child, and your classmates in the audience giggled or criticized, and you were terribly embarrassed. Then in adulthood you probably expect those around you to be just as willing to judge you and make fun of you, and even see it where it doesn’t exist.

In that case, there is only one thing left to do: gather new, positive experiences. When you begin to perform, you will find that you are not treated at all as horribly as you expected, but rather that they are trying to cheer you up and support you. Each time, the knowledge that performing isn’t so scary will grow in you.

But if fear of the group is insurmountable for you, try individual lessons. At first, he will also be a stranger, and you might be shy of him, but this shyness will be much easier and faster to overcome. Moreover, an experienced teacher will do everything to create the atmosphere in the class that suits you.

“Everyone around me speaks French better than me,” this thought has occurred to everyone who has just started to learn French at least once. After all, efforts have been made, but no tangible results have yet been achieved. How can you not pay attention to those who easily understand all French memes and watch new TV series in the original, without waiting for translation?

Could it be that you are doing something wrong? Choosing the wrong approach to learning? It seems like you’ll have to spend years trying to catch up with those who speak English as a second mother tongue.

There will always be those around us who do something better than us, and those who do something worse – it’s a fact. Does it make sense to prove to yourself or anyone else that everyone is not perfect? I don’t think so.

We can do things differently. Honestly admit to yourself: yes, I now know the language at that level. I’m already good at this, and I’m not good at that yet. I’m just beginning to get good at this, and I haven’t figured it out yet. I know my strengths in learning and I know my gaps. That’s where I am right now, and if I keep at it, I can move towards more success.

Support yourself with the idea that if you can’t do something yet, that doesn’t make you a bad person. It doesn’t characterize you as a person at all, it just means that you are at a certain point of mastering a skill.

Fear of Making a Mistake

This fear can interfere with communication with foreigners and become an obstacle on the way to mastering speaking and writing.

Making mistakes is not just the norm, but the only way to learn something. It’s as much a working tool as, for example, techniques and exercises. If we don’t make mistakes, we will never be able to tell right from wrong. Treat mistakes with gratitude as something that helps you move forward, not as something that slows you down.

If on a rational level it’s all clear, but on an emotional level you cannot accept the idea – it makes sense to work with a psychologist. He will help find the origins of fear of making a mistake, to process unpleasant experiences and to strengthen self-confidence.

This fear is a logical consequence of the previous one. “If I make mistakes, everyone will laugh at me. I’ll look like a fool!”

But what to do if that fear keeps you from developing and regularly drives you into the red?

Fear of making a mistake and looking stupid are fears from the same source. From the need to be good, to be accepted by other people. This is a normal, natural desire, but when it’s too strong, it begins to limit you, forces you not to do what is important to you, or do what you do not want.

If you’re afraid of looking stupid, including not just when learning a language, try a paradoxical way: give yourself permission to look stupid, weird, even ridiculous. The funny thing is that the people around you will probably not appreciate you as “weird,” because everyone has their norm of “weirdness,” and in general, others don’t think about us as much as we imagine. But you will feel better: after all, the worst has already happened, you already look stupid (in your opinion), but no one has turned away from you, and someone may want to support you.

Having the right goal is already half the way to successful language learning. But you need to set the right goals, not the “right” ones. Otherwise, there is a risk that any motivation will come to naught after a couple of lessons. Not understanding why you want to learn a language can kill any desire to move forward.

This aspect has two main markers: emotional and bodily states.

If the goal with which you start to learn a language is really yours, then, taking classes, on the emotional level you will feel inspired and interested, and on the physical – vigor and a burst of energy (except, of course, on difficult days, when we cannot get involved in anything at all). Even when you will be tired, the tiredness will be pleasant, with a sense of satisfaction.

Experts point out that in today’s environment, many people learn a language not because they wanted, planned and set a goal, but because they had to move somewhere or will have to in the near future. In this case, consider your condition: if you are under serious stress, if your basic needs (sleep, food, health, safety) aren’t covered, it’s better to postpone active language learning or make lessons shorter and lighter.